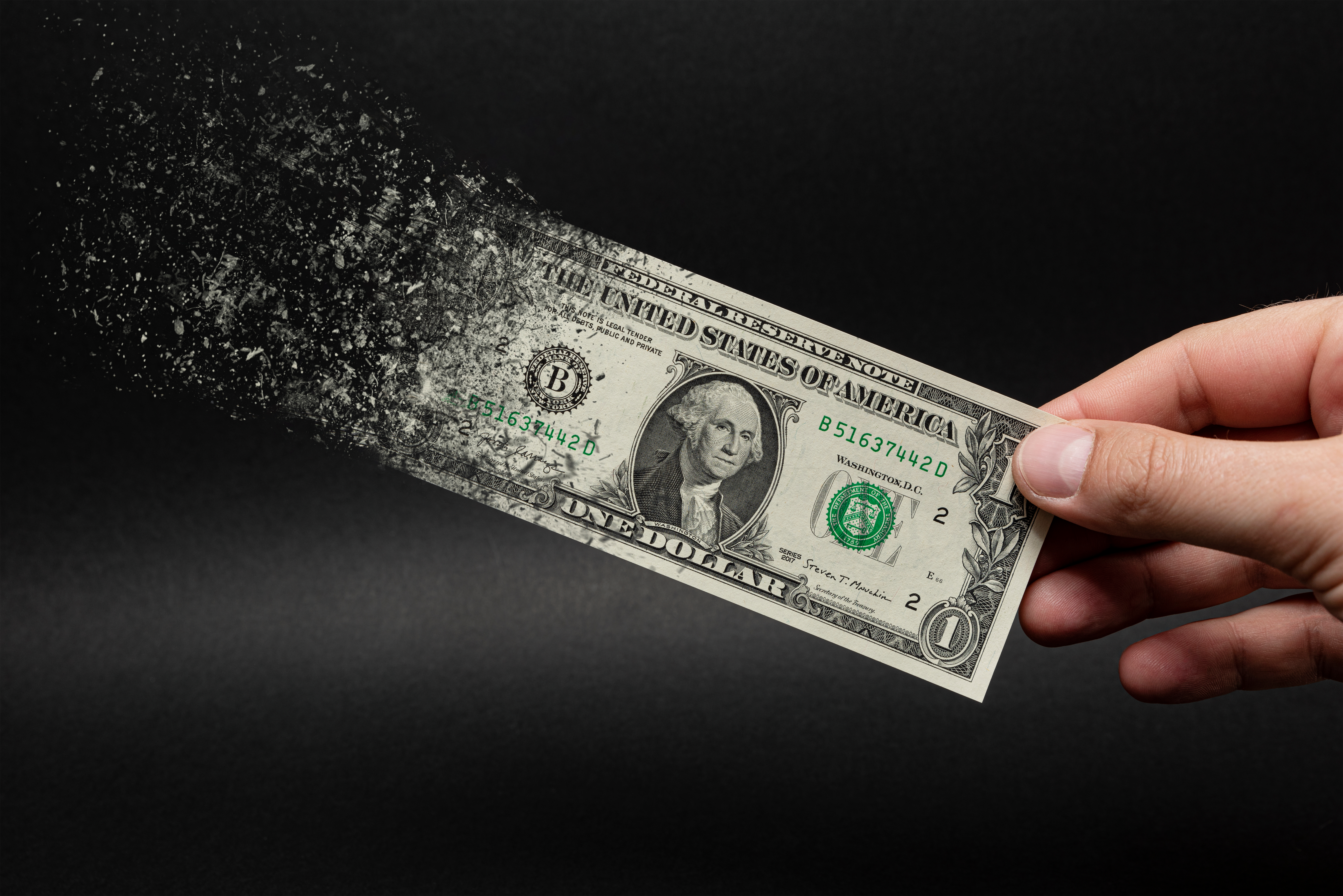 “I find it so incredible that America, for some time now, has generated dollars by simply printing more and more -- without any apparent thought to the possible consequences.

“I would find this more comprehensible if America had upgraded its industrial base to run mainly on robotics, AI, AR and other new technologies to significantly increase productivity and generate the wealth required to run huge budget deficits.

“It would also be useful if the American dollar was once again backed by something similar to the gold standard as it was previously.”

To give you some perspective as we approach the twentieth anniversary of 9/11, the national date on that infamous date clocked in at $5.773 trillion.

Depressing, no? What follows today is some practical advice for dealing with the “consequences” of hand-over-fist money printing; namely, inflation…

“In case you haven’t noticed, the prices of goods and services have skyrocketed over the past 12 months,” says Jonathan Rodriguez, our senior analyst at Technology Profits Daily.

“During times like this, we want to look at emerging market equities, which are stocks of companies in developing nations — not huge markets like the U.S. or Europe.

“We also want to look at small-cap stocks,” Jonathan continues, “which normally perform well during inflationary environments because their sales are booked in the U.S., so they don’t have to deal with currency fluctuations where the dollar decreases in value.

“The last area we want to look at is commodities or stocks related to things like copper, gold, silver and aluminum.

“Today, I’m going to reveal a great stock to buy in each of these three categories which perform well during periods of high inflation…

“Bottom line: if you’re looking to beat inflation,” Jonathan concludes, “consider adding each of these names to your portfolio today.

Hope your week’s off to a good start after the long Labor Day weekend… We’ll have more to say Friday.